Get More with Our
Software Modernization
Services

The only way to stop doubts about the state of your current software is through a system assessment. When assessing your software, our engineers consider many factors, including crucial behind-the-scenes aspects like the quality of source codes, used frameworks, and third-party libraries. They carefully determine its interoperability with other business systems, its failure rate, and its overall performance.

Benefits of an assessment:

We’ll bet you deal with desktop systems daily! They are nearly hassle-free, but they could compromise the business flow in one day. Web presence is a distinct advantage today as it makes it possible to run an organization’s operations more efficiently. And that’s not the only reason. Desktop to web app migration addresses such issues as scalability, interface improvements, and accessibility on mobile devices. We perform the transition in conformance with business logic, minimizing downtimes.

The end of support is no longer the destiny of your software. Almost every custom application, framework, or library can be upgraded to a newer version. It brings real outcomes such as improved performance, easier further development, bridged security gaps, and better user experience. With regular upgrades, the solution becomes evergreen. Our team advises on the best suitable option reflecting your business goals.

You may be wondering why the system frequently gets out of control, malfunctions, and restricts any changes. These are all signs of poorly designed software architecture. The probable solution lies in the re-architecting of the software system, with various benefits ranging from updated functionality to system extensibility for subsequent developments. Our engineers organize a smooth transition to the new architecture and enable roll-backs if something goes wrong.

The common issue companies face while maintaining a legacy solution is integration. Every business applies it in its own way — to share data between on-premises apps, as well as to tap into cloud opportunities. The concept of API integration allows the software to be more flexible, unlock critical data, and expose more capabilities with minimal coding. Our team thoroughly plans APIs implementation to provide you with the desired level of solutions interoperability.

Cloud is a tempting opportunity for those organizations that want to extract the most value from technology. Whether you have an on-premises or hosted solution, our engineers develop a comprehensive migration path appropriate for your business realm. The turnkey solution facilitates the workflow, allows innovation to take place, and reduces cost in the long run. We are always ready to advise the best suitable cloud deployments and services regarding your current system.

Modernization:
How It Works

Creation of a migration strategy and a plan

Determination of extra points to consider

Preparing the system and migration execution

Checking whether a new system matches the target system

A new system launch and its further support

We Migrate Outdated
Systems to a Reliable
Tech Stack

Modernization
Approaches: What to
Choose

Depending on the assessment results and current business requirements, our development team will choose a technique for further work. Each of the options has specific characteristics and is designed to meet different needs.

This is the easiest way to partially modernize the app with minimal costs and risks. Developers reuse legacy system components, leaving code in the previous environment and connecting it to the new access layers via an API. Encapsulation is based on wrapping technology by providing a new interface to the legacy components so that we can leverage functionality.

However, these changes are applicable only for the interface part, and they can’t resolve maintenance issues. Encapsulation is a good option if you don’t have enough time to modernize the app or you are on a tight budget.

Rehosting delivers quick and easy migration of the whole system to the new hardware, cloud or virtual environment without any changes. The system performs in just the same way, so the risk is minimal.

Rehosting is also known as the beginner’s level of app migration, but even so, it can resolve support issues, especially when it comes to open systems like SQL-based x86 environment or the cloud. It is good for large enterprises that don’t want to disturb the app workflow while moving to the new environment.

Replatforming means upgrading the system by moving it to the new environment, typically cloud, saving its functionality. This approach is more powerful than rehosting. When providing replatforming services, we won’t change the core app architecture, but we can optimize and adapt its code to the new platform, making maintenance easier.

If we’re talking about the optimum balance between speed of modernization, costs, and outcomes, re-platforming is the best option in most cases. It’s especially good when considering complex on-premises systems, which can gain considerable benefits from deployment in the cloud.

Unlike rehosting, refactoring represents improving the internal part of a legacy system so it doesn’t alter the external environment. If your app requires considerable changes in the configuration, refactoring is a good choice. Moreover, it solves some tech problems, making code more readable and maintainable.

This approach gives more opportunities to adjust the app to the current circumstances compared to replatforming, and it’s less risky than re-architecting. Refactoring is suitable for companies that want to move from containers to microservices, for instance, in order to eliminate software failures.

Re-architecting is close to refactoring, but considers changes not only in the code structure, but in the app architecture in order to resolve performance and scalability issues. The higher risk of this approach is conditioned by changing the way the system works.

At the same time, it gives great opportunities to improve app functionality and gain additional benefits from the implementation of new features. In case you have developed an application that lacks integration with a legacy software, modernization through rearchitecting is a good option.

This option represents development of the application from scratch. It’s the best option if you have enough resources, but many enterprises who can afford it don’t hurry to build new software because of the inherent risk. The software created in the 20th century became an integral part of their business that can’t simply be replaced in a few years.

Rebuilding reveals many opportunities in the application redesign. This is the best option for a business that does not fully depend on the software system or for companies whose business model has changed so much that it requires a new system. 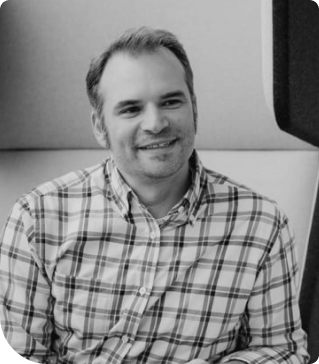 A piece of advice:

“The key is to understand if your problem is caused by technology, architecture or functionality of the application, and how each modernization approach improves those aspects.” — Stefan van der Zijden, research director at Gartner

We’ve prepared some articles and short studies you may like.

The Cost of Maintaining Legacy Systems: How Much You Overpay

Share your challenge with us – we want to hear from you