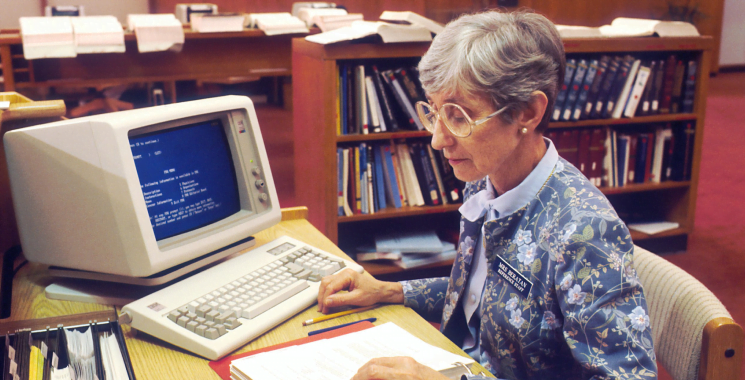 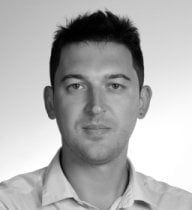 Even though there are many worrying examples of threats from obsolete technology, a surprising number of companies continue to rely on legacy software.

Legacy systems are still in use today because they tend to be reliable and familiar for most of their users. However, the risks inherent in aging solutions often result in big losses.

In this blog post, we will tell about businesses who don’t mind using legacy systems and discuss what prevents them from modernization.

We’ve conducted profound research to find legacy system examples in government, banks, background checking systems, and business. Let’s take a look at them to see the negative consequences they can cause and learn the most effective approaches used for modernization.

A study conducted by Dell revealed that more than 70 percent of federal IT decision-makers in the USA, Germany, the UK, Japan, Brazil, India and China use outdated software. Furthermore, half of the government representatives surveyed said that their legacy software has exceeded its end-of-life date. Curiously, COBOL is the most popular language among federal governments, even though it was initially developed almost 60 years ago.

In 2017 a computer glitch at the Internal Revenue Service (IRS) had damaging results. The computer failure blocked the agency’s ability to process the electronically filed tax returns of nearly five million Americans.

Lawmakers claim that the agency’s computer system has grown worse as a result of decreased investments in technology modernization over the last eight years, from about $14 billion to nearly $11 billion. During this period, the tax network has increased in complexity while the population of the USA has grown, which means that the number of people who file tax returns electronically has increased as well.

The drastic rise in unemployment due to COVID-19 has revealed the US unemployment systems’ inability to handle a large number of cases.

Most states use unemployment systems that are over 40 years old and run on COBOL language. It’s no wonder that such outdated programs couldn’t process the requests of 13% of the US’s workforce that have been left without a job. The absence of COBOL programmers has only made the situation worse, as the US does not have enough professionals to maintain the old software.

The COVID-19 pandemic has also disclosed the vulnerability of many organizations that cannot support remote work. The outdated software they use doesn’t have enough capacity and isn’t flexible enough to quickly implement system changes.

Banking is among legacy technology examples as well. The Financial Times reports that a shortage of developers experienced in COBOL, the system that is driving most bank mainframes, will eventually force them to switch.

The Royal Bank of Scotland (RBS) faced many IT issues caused by outdated technology, such as blocked account access and payment processing glitches.

The bank’s ancient IT infrastructure was built before the mobile banking age, so the IBM mainframes used by RBS were “creaking under the strain of customer demand.”

Just like banks, background checking systems suffer from increases in mobile traffic and diverse data sources. As a result, the system rarely performs at the needed level and crashes. The system is typically too complex to migrate it easily to the newer technologies.

Thanks to technology obsolescence, there was a massive intrusion into the U.S. National Background Investigations Bureau in 2015. To put it succinctly, the system was hacked.

According to Vice News, the institution had already been working without any IT security staff for an astounding two years at the time it was compromised.

Retail and Other Commercial Organizations

You will be surprised to learn that many retail, web, and manufacturing companies use legacy systems, even though businesses are expected to be up-to-date to survive in the market.

In retail, corporations spend 58% of their IT budget on maintaining legacy systems. The main reason why businesses use legacy software is that the sales terminals use Intel 286 computers. Advanced computers are likely to run into problems while using old software. Another reason why software modernization is being delayed is the fear of cybersecurity issues.

Although software modernization requires significant investments, it’s a necessary step for retail management technology to sync information properly. It is also needed so the business can spend the budget on improvements rather than on the maintenance of outdated systems.

There is one common feature in each of the examples of old legacy systems mentioned above: All of them were using Oracle, Microsoft, or IBM software products. According to a Flexera report, these three IT service providers were among the top manufacturers of IT products with end-of-life and end-of-support status in 2018. As information technology pioneers, they have created many languages, environments and operating systems, many of which have become outdated over the years. At the same time, these companies are the most significant innovators in technology development and they offer many options for migration. But if that’s the case, why are there still companies who use outdated technologies like Visual Basic and DB2?

Why Companies Still Use Legacy Software?

Research conducted by Avanade indicates that senior IT leaders believe replacement of legacy software can potentially decrease operating costs by 13 percent per year and increase annual revenue by more than 14 percent.

Even though most respondents (80 percent) believe that not modernizing IT systems will negatively impact the long-term growth of their organization, only one in three companies modernizes their software systems on time. Why are legacy systems still used?

There is a stereotype that says business is a rational field, just like a living being. At ModLogix we believe every business has a human face — or several faces — that exerts influence on the company development vector and spreads their personal values, like Bill Gates at Microsoft or Steve Jobs at Apple. There are four main things preventing businesses from moving forward, and they’re the same things that strongly impact human lives: fear and circumstances.

The Fear of Uncertainty

There’s always a risk that a modernized system won’t meet the business’s needs or that it will work even worse because of technological defects, and this risk often prevents legacy software owners from modernizing. At the same time, the wide variety of modernization options confuses businesspeople, who are searching for better results for a fair price.

Is it better to re-platform, to re-engineer, to re-build the app, or apply cloud computing? It’s a difficult question, and the answer will be different for each company. Partially changing the system can make it even more cumbersome, while changing it completely can destroy its business value. Even if the modernization is performed well and the new system works correctly, it’s still necessary to retrain the staff who use it. Therefore, we understand why starting such a project could cause fear.

There Are Specific Requirements for Software

Nearly 44 percent of Avanade’s respondents say they lack budget outside of the IT department for transformation. Do they have the money to replace the system? As a rule, modernization is the cheaper option, so if you lack the budget for that, you certainly don’t have the money to develop an entirely new solution. However, simply having enough money to invest in the software system re-platforming doesn’t mean you will be able to pull it off. 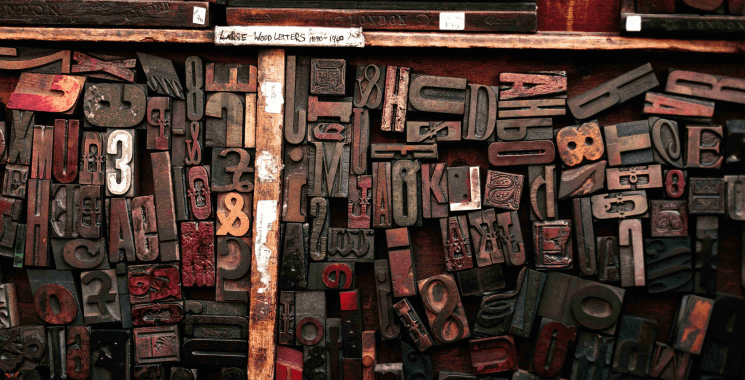 Learn how to develop a succesfull modernization strategy for your business. Legacy System Modernization Approaches: Practical Advice on Dealing with Outdated Software

In some cases, computers that are obsolete at first glance happen to cope the best. NASA’s computer hardware onboard the Orion runs on two IBM PowerPC 750X single-core processors. These dinosaur chips have been in use since 2002, and they are no faster than modern smartphones. But despite this, NASA uses them, and it’s not because of budget constraints. The thing is, IBM computers are reliable, and that is the most crucial requirement in space.

In other cases, software systems can’t be modernized because of tech specifics, lack of tech documentation or an inability to extract data in situations where data loss is unacceptable. Such circumstances cause complications, and engineers have to search for ways to fix the situation. Such searches take time and the results are hardly predictable, so companies prefer to use legacy software until something changes, for instance, the launch of a new development tool.

The Fear of Taking Operational Risks

Legacy software modernization is a timely process, and the fear that it will disrupt the business prevents many companies from going through with it. Contrary to popular belief, the modernization process cannot cause business disruption, as the old system can stay up and running while a team of experts works on the new and improved one.

Some industries, such as healthcare, for example, cannot interrupt their work. However, as the investigation by ProPublica in 2019 has shown, many healthcare facilities use legacy systems that are not protected with basic security precautions, and the medical data of 5 million Americans can be easily hacked online. Although the healthcare industry is seen as an industry where software modernization is difficult to implement, it should at least be done for security purposes.

After the modernization process is successfully completed, a company can face employees struggling with the new technology and requiring more time to perform regular tasks. Consequently, the company loses time and money because the team is considered inefficient during their learning period. According to McKinsey research, only 30 percent of companies succeed while trying to implement modernized technology, and the adaptability of employees to the new technology is an integral part of their success.

When businesses started to go digital 20 years ago, companies created custom technical solutions specifically for their tasks and business goals. Those systems are still in use because they perform the needed operations and seem to be more reliable and exclusive.

Today, legacy software does more harm than good, as it no longer serves its purpose and requires a significant budget for maintenance.

Legacy systems are still used because employees and business owners prefer them. We tend to stick to what we know because it is familiar, and something new is often “scary.” So, there is a desire to keep the old technology where every button and every small issue is familiar and possible to deal with.

Another reason is that sometimes it is impossible to transfer all the data into a new system without losing some of it. Data is extremely important to some institutions, and they are not ready to deal with the data-loss. And finally, the programmers who can run the company’s legacy systems are simply not used to new kinds of software. They do not have enough skills to utilize new programs, so companies do not want to invest in the new system and education.

As we’ve seen in legacy systems examples, there’re many reasons to prevent companies from investing in modernization. However, at some point, all outdated systems must be renewed, and there are five key signs that indicate you need to do it right now. Read 5 TELLTALE SIGNS THAT SHOWS IT’S TIME FOR SOFTWARE MODERNIZATION to discover them. 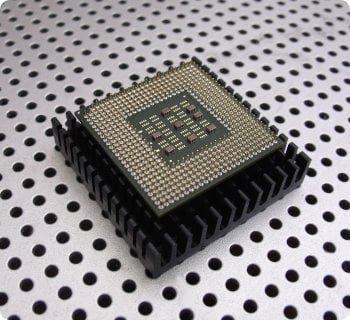 What's the best way to integrate your legacy systems? Check these four basic approaches to revamp your software. 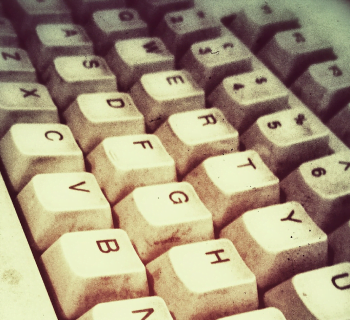 Pavel Kovalenko | Jan 25, 2021
9 min
5 Things You Should Know Before Moving an App from .NET Framework to .NET Core

When should you migrate your .NET Framework app to .NET Core/.NET 5? Find your answers here. 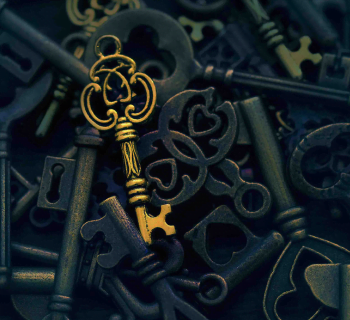 Confusing to ask the right questions? We prepared the checklist for you to choose the perfect cloud migration vendor.